Learn more about our beginnings 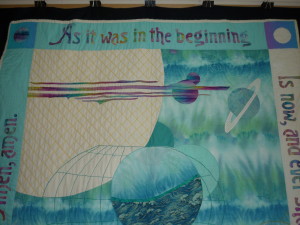 Evergreen Mennonite Church began as an outgrowth of the Seattle Mennonite Church in 1991.  Members living on the eastside of Lake Washington gathered to meet and plant a new church for those members geographically located in the area east of Seattle.  The first service was held Sept. 24, 1991, at the “Little School” in Bellevue, when Andy Wade was called as the first pastor of the fledgling congregation.  The congregation outgrew the Little School and on February 28, 1993 the “Charter” Sunday Service was held at the Northwest Community Center in Bellevue.  We moved our meeting location to the Kirkland Congregational Church facility in October 2009.

The Wades left Evergreen Mennonite Church in June 1996 to pursue mission work in Hong Kong. Pastor
John Waltner was called to follow as Evergreen’s second pastor in the fall of 1996, officially beginning his term in February 1997.  John faithfully served as pastor for five years, until February 2002.  Jeanne Rempel began her pastoral service in December 2002, and faithfully served for ten years, through December 2012. Meg Lumsdaine currently serves as pastor, having started in January 2013.